SuperMarioGlitchy4 Wiki
Register
Don't have an account?
Sign In
Advertisement
in: A to Z, Characters, Minor Characters,
and 13 more

Super Mario 64 Bloopers: Have you seen this Polygon?

Bullies are minor characters in the SMG4 series.

They are black, round enemies with horns that "bully" people. They appear in a few of SMG4's bloopers, and their most prominent appearance being Super Mario 64 Bloopers: Boil The Big Bully, where a multitude of Bullies invade the castle because Toad let them in like an idiot, because he had cookies near the painting (which is the portal to Lethal Lava Land). SMG4 was able to get rid of them all by taking advantage of their sweet tooth, luring them into the Fire Sea, and into the lava with a giant cookie (which was held from a helicopter).

Since they love cookies (as the Big Bullies, Toad and Lilyncookies), they will go crazy and run to them on site and maul anyone near them. They are lead by Big Bullies which are lead by Bully Boss. They also like Pepsi.

Bullies in Super Mario 64 usually appear in lava themed courses, and upon Mario's sight charge up at him and attack by means of pushing him and trying to push him into the lava.  Bullies themselves are indestructible by basic attacks, but will melt and die when pushed into the lava. Big Bullies also appear in the game and two are fought as bosses. 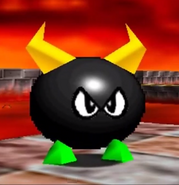 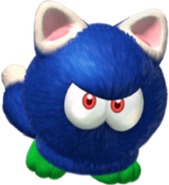 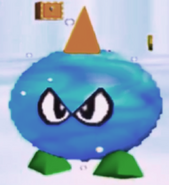 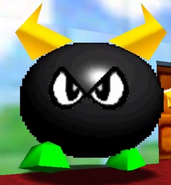