SuperMarioGlitchy4 Wiki
Register
Don't have an account?
Sign In
Advertisement
in: A to Z, Characters, Incomplete,
and 12 more

Filthy Frank (Real name: George Miller; born September 18, 1992) was an extremely famous Japanese-American YouTuber who had a substantial amount of subscribers, at 6.3 million. He had done acting and filmed comedy skits in his videos. In SMG4's videos, he sometimes makes cameo appearances saying his famous "It's time to stop!" phrase. George, under the persona of Pink Guy, was responsible for the popularization of the Harlem Shake.

Currently, he is retired from YouTube and is now more focused on his singing career. He goes by the nickname Joji. George announced his retirement from YouTube on December 29th, 2017 because of some health problems that he had received through playing as his characters on the show and his lack of interest to continue his YouTube career.

Fake Frank is about to throw a clock 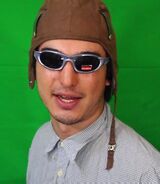 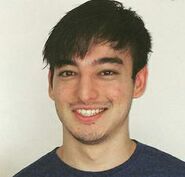 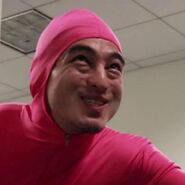 Salamander Man, one of George’s characters in the FilthyFrank show. 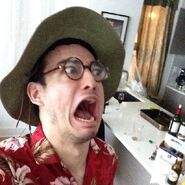 Safari Man, another of George’s characters.