SuperMarioGlitchy4 Wiki
Register
Don't have an account?
Sign In
Advertisement
in: A to Z, YouTubers, Companies,
and 3 more

Glitch Productions (Formerly Glitchy Boy Productions) is an Australian animation studio based in Sydney, New South Wales, Australia. The studio was founded by Kevin and Luke Lerdwichagul on May 27, 2017. The company is known for currently producing and airing SMG4/Super Mario 64 Bloopers, TheAwesomeMario (until January 2018), Hobo Bros, SMG4's Hitbox, Meta Runner, Sunset Paradise and Murder Drones. It was first announced on May 24, 2017 in Big Things Are Happening (AND TONS OF AWESOME FAN ART!) - SMG4 Mail Time.

There have been six intros for the company videos. Five for SMG4 and one for the GLITCH channel.

The first intro appears in Big Things Are Happening (AND TONS OF AWESOME FAN ART!) - SMG4 Mail Time, starting on September 7, 2016. It starts with the Glitchy Boy appears with its screen popping out. The words Glitchy Boy then appear on the screen. This intro was last used on September 30, 2017 (SMG4: Stupid Luigi's Mansion) and was later replaced with the second intro.

The second intro appears in SMG4: War of the Fat Italians 2017, starting on October 7, 2017. The intro starts with a Game Boy cartridge (SMG4, TheAwesomeMario or Hobo Bros) being inserted into the Glitchy Boy. Then Glitchy Boy appears on its screen similar to the Game Boy Advance Startup (only the text is glitching out). This intro was last used on September 1, 2018 (SMG4: Mario SAW) and was replaced later with the third intro. At the same time in March, the company moved its office from Luke's old house to a new office house in Mascot, Sydney.[1]

The third intro appears in SMG4 Direct (HUGE CHANNEL UPDATE), starting on September 5, 2018 and it's the first intro with the new company name Glitch Productions. The intro simply starts with the logo appearing and then glitching into SMG4 logo, sometimes even the screen goes blank afterwards. That variation can be seen on non-blooper related SMG4 videos like War Of The Fat Italians 2018 - Official Trailer and the new series Hitbox. However, non-blooper videos do not show the SMG4 logo after the company logo appears. The old intro last appeared on December 28, 2019 during the episode SMG4: The Grand Festival and was replaced with the fourth intro.

The fourth intro appears in SMG4: Mario Gets His PINGAS Stuck In The Door, starting on January 18, 2020. It now shows the Glitch Productions logo flashing before it appears in an all-black color (in a nutshell, the color scheme was swapped). There is also a separate intro for the hat, in which the hat appears and the text slowly popping up. It is usually then accompanied by Mario (or someone else) saying a random linem usually related to the video. This intro is reminiscent of the Season 5/2015 intros, in which Mario (or somebody else) would say something after SMG4 gets knocked off by the logo. Also, the outro had changed, with the background now featuring heads of the major characters (Fishy Boopkins, Bob Bobowski, Meggy, Tari, Saiko, Axol, and Mario or SMG4). This intro, and consequently variable openings, were last used in SMG4: She's Back!, being replaced with the fifth intro.

The fifth and most recent intro debuted in Mario Plays: Friday Night Funkin, starting on August 5th, 2021. This is the shortest intro so far, lasting a mere two seconds. It consists of the SMG4 logo zooming in on the outro background, pushing back slightly. Accompanying this intro is a Mario coin sound as the logo zooms in, and the SMG4 jingle from the second intro, alongside a clip of Mario saying "That's-a so nice!" This is the first time since 2016 that there is no on-screen Glitch Productions logo in an intro.

As of February 21, 2020, the company has moved to a new head office in an undisclosed location in Sydney, as the old office house would be used completely as a residence for the Lerdwichagul brothers. It was briefly closed during the COVID-19 pandemic, but reopened to staff on July 3, 2020. Later on August 28, the third official channel for the company, titled "GLITCH", was launched, which would show original programming provided by the company.[2] 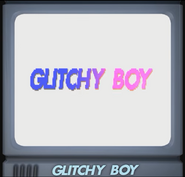 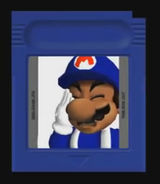 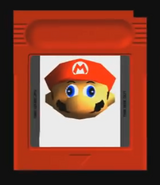 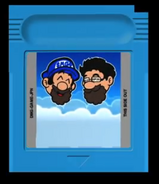 Glitchy Boy logo without the wordmark