SuperMarioGlitchy4 Wiki
Register
Don't have an account?
Sign In
Advertisement
in: Featured Articles, A to Z, Characters,
and 21 more

MarioMario54321 (often shortened to MM54321, or MM, real name Richard "Ricky" Mizos) is a major YouTuber and a forgotten character in the SMG4 series.

He is a popular Super Mario 64 machinimist and blooper-maker who sometimes rivals with SMG4, but often hangs out with him in adventures. MarioMario54321 is friends with SMG4 and Mario. He has his own YouTube Channel where he usually stars in his own SM64 series's. He has also made appearances in SMG4's blooper series.

Due to SMG4's decreased focus on including other YouTubers, machinimists, and YTR members in his bloopers, MM54321's presence in recent videos of SMG4's are mostly limited to cameos. MM54321 and other machinimists still make frequent cameo appearances in the Ssenmodnar series.

MarioMario54321 made himself a color code with YoshiElectron's generator. Following is a list of the modified colors:

MarioMario54321's appearance is alike to many other Mario recolors although he has yellow skin, yellow hat and overalls, grey gloves and blue shoes.

MarioMario54321's debut in SMG4's bloopers was Super Mario 64 Bloopers: The Blooper Competition as the main antagonist. This would change though. MM would go on to reappear in several other bloopers, mostly in 2012. But, along with the other YouTubers and friends of SMG4, he decreased in appearances since early 2013, and in 2014 his appearances are limited to cameos, usually in the Ssenmodnar videos. He totally disappeared just before 2015 for some reason and didn't even appear in SM64: ṩṩἔᾗмὄḋᾗᾄʀ 10 (350k apocalypse special) while he had appeared in all the other episodes of the Ssenmodnar series only to reappear again a few months later. He then returns after 5 years in the 10 year anniversary special.

The only counterpart appearing in SMG4's bloopers is the well-known doppelganger oiramoiram12345. MarioMario54321 also has four alternate forms, but, similarly, only oiramoiram12345 x has appeared in SMG4's videos.

In June 2019, MarioMario54321 released a video called "A Series Of Super Mario 64 Shorts" which contained a Morse Code at the outro of the video. The Morse code reads: "F**k you, SMG4! I really wanted my entry to get into your collab so it would help my channel!", which is referring to SMG4's 3 million subscribers Ssenmodnar special. It was discovered by the viewers but was unable to decode the Morse Code. It remained unsolved until he apologized in a video in July 2019. The reason for the inclusion of the morse code is because MarioMario54321's collab entry wasn't featured in the main special. This is probably due to the fact that he and SMG4 hate each other. 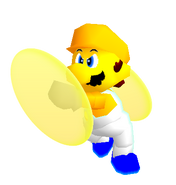 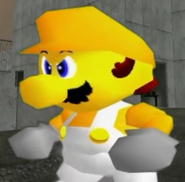 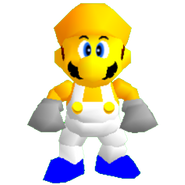