SuperMarioGlitchy4 Wiki
Register
Don't have an account?
Sign In
Advertisement
in: Featured Articles, A to Z, Characters,
and 10 more

Pinkolol16 (also called Pink for short) is a minor YouTuber in the SMG4 series.

She is an Australian SM64 machinimist, ROBLOX videos, and Chao Series playthroughs. She used to be a co-leader of the YouTube Rangers.

Pinkolol16 first joined YouTube in 2011, only joining the SM64 community in 2013. That same year, Pinkolol16 joined YTR, becoming friends with Roprinplup14, Starman3, Fawn (Doggielover10124), RoyalOMG, Zaid (MarioFan14), and many others. Pinkolol16 had made minor appearances in SMG4's blooper series.

As follows is a list of all of SMG4's videos in which Pinkolol16 appears. Note that this list may be incomplete.

Pinkolol16's name and color code are based on the fact that she is a girl. Her color code is as follows:

In SMG4's videos, the bluish overalls often appear to be a darker, indigo-like shade of blue. This is because the green screen effect that he uses subtracts all shades of green, leaving only the blue part of the color. 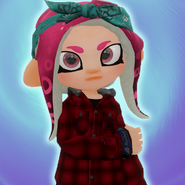 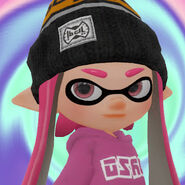 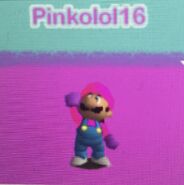 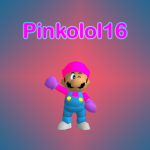 Pink being attacked by Baby Mario.

Sonic the Derphog: The Item Brick 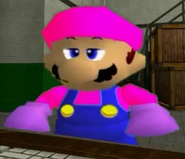 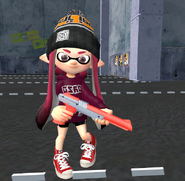