SuperMarioGlitchy4 Wiki
Register
Don't have an account?
Sign In
Advertisement
in: A to Z, Characters, Males,
and 15 more

Scarecrow
Member of the Anti-Cast (formerly)
Corn salesman
"Side character"

Rob the Scarecrow is a modern recurring character in the SMG4 series.

He is Steve's corn-obsessed scarecrow who includes corn in a lot of things he says and does. During The YouTube Arc, Rob joined the Anti-Cast as Bob Bobowski's doppelganger and was sent by SMG3 to Bob's debut in SM64 Bloopers: Can Ganondorf come out to play? to prevent Mario from meeting Bob. In the finale of the arc, he and the rest of the Anti-Cast were motivated by SMG4's Gang to turn against SMG3, and after Rob's former leader was banished to the Internet Graveyard, he became a companion of the gang.

Rob is a scarecrow with a straw orange hat, his eyes are shaped like Bob's eyes, and his hands are forks tied to wooden arms. When he first met Mario and his friends in SMG4: 🌽🌽🌽🌽𝓒𝓸𝓻𝓷🌽🌽🌽🌽, his head was retracted into his body, making his pumpkin body appear like it was his face until he revealed his eyes after he began trusting the group. He does this again in SMG4: Deleted, although this time he revealed his face with the intention of scaring Mario and Luigi.

He is a corn-obsessed scarecrow. It was revealed that a radio was implemented to him by Steve to be able to speak with predetermined lines about corn. Steve doesn't want to give Rob any voice lines not related to corn. However, as of SMG4: I Can't Believe It's Not SMG4!, it is revealed that Rob has limited control over what he says, and he is shown to be obsessed with corn in SMG4: Deleted. He seemed to be unable to say anything that doesn't have the word "corn" in it, as shown in SMG4: Mario VS Youtube with "I'm corning for the gaming room." This was proven false in SMG4: Deleted when he says "Are you really contesting me in my domain?". It seems that in more recent bloopers, Rob can actually speak instead of relying on his radio.

Compared to his counterpart Bob, he is shown to be more empathetic, as he is reluctant to commit a hit and run. Incidentally, he also speaks much more quietly.

In his debut, Mario, Tari, and Bob encounter him on Steve's farm where he reappears startling and scaring them. Later, it appears that Rob was helping them by putting items around the farm throughout the episode, placing farm blueprints, F.L.U.D.D, and a speaker, as well as discovering he needed a radio to communicate.

He makes a short appearance in a crop farm, where he says to the animals, "Respect your elders and corn!"

S̶M̶G̶4̶: I Can't Believe It's Not SMG4!

Rob appears as one of the contestants to play a part at the Gielgud Theatre in Aubergine, where he played a role similar to that of Bob. Later, he fights Bob as a member of SMG3's Gang.

Rob reappears as a member of SMG3's Gang, where he assists SMG3 in obtaining the YouTube Remote. He assists them into accessing the gaming room and distracts multiple people with corn.

Rob appears again as a member of SMG3's Gang, where he assists SMG3 in erasing SMG4's Gang from existence. After jumping into the sewer, past Mario and Luigi find a large amount of corn blocking the way in. A moment later, Rob appears coming out of the corn, introducing himself, which startles them both. Bob then appears coming out of a portal dropping onto Rob. After Bob hits him with corn, Rob questions, "Are you really contesting me in my domain?" Rob then creates a mech-like form made entirely made of corn. This causes Mario and Luigi to leave, erasing Bob from existence.

Rob appears as one of the main antagonists in War Of The Fat Italians 2020, alongside the rest of the SMG3 gang. At the rapping sequence, he's reminded the way he was treated by SMG3 and joins the Glitchy Gang.

He is on Team Pizza when everyone chooses sides on Pizza or Candy on the main table and when Bob have a candy corn as a weapon to Rob, he immediately is shocked and starts dry-humping the candy corn saying “Watch me get this video demonitised”.

Rob makes a Halloween party at Steve's Farm, but he winds up getting his textures stolen by his untextured clone. However, by the end of the episode, he gets saved, and gets his texture restored.

He is one of the two main characters of the whole episode. When he learns that broccoli has become more popular than corn, he drags Bob on a mission to help corn make its comeback. When Bob tells him that someone ordered a truckload of corn, he becomes extremely exited and heads out on a long trip to deliver the corn, leading to shenanigans including getting chased by the bear police. While Bob forces the two to stop at a gas station in order to charge his Nintendo Switch, Rob's corn truck gets stolen. He tries to get Bob to chase after the truck with him, but Bob tells Rob that he doesn't care about corn and wants to go home, but then Rob tells bob that there is a casino nearby. There, they find Luigi, who tells Rob that his corn truck was there, but they can only get it back if they win it in a fruit slicing minigame. Rob attempts to win the minigame, but he is immediately overwhelmed and loses his only chance at getting the truck back. Bob then gets a rare change in heart and decides to win the truck himself. He skillfully passes the minigame and gets back the truck, making Rob very happy. They finally arrive at their destination, which turns out to by Mario's house. However, it's revealed that Mario actually asked for spaghetti, and for some reason when Bob received the call, he interpreted "spaghetti" as "corn", much to Rob's dismay.

He appears at the party, singing a Christmas song with Shroomy. He is later seen making out with some corn.

SMG4: The Pursuit of Happiness

He briefly appears in Melony's flashback from when they auditioned as doppelganger’s for the SMG4 crew.

He is one of the many contestants. He is eliminated during Red Light Green Light.

He appears at the beginning in the crowd to celebrate the SMG4 channel achieving 5 million subscribers.

SMG4: Mario Gets Into NFTs

SMG4: The Floor is Lava

He is seen stranded on a mushroom with the other members of SMG4 and SMG3's crew.

He and the others members of the Anti-Cast are saved by SMG4's gang. 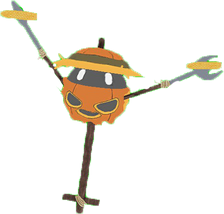 Rob before showing his real face

Rob using his radio to talk