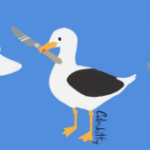 Hey guys! I barely go on this wiki as much as before anymore since I'm losing touch on SMG4 now, but I'll help out the community every now and then.

However, I do have a DeviantArt account if you want to chat with me there. And for Discord, you can already see it in my profile infobox.

Me, myself and I.

Going to Japan, because I'm a weeb.

Me, myself and I. (actually I have a brother)

The first SMG4 episode I've seen was Super Mario 64 Bloopers: Who let the Chomp out? a long time ago, but it's not until I started watching this channel fully somewhere mid-2017 when my brother started introducing it again to me. Because I was still a kid at that age I watched the channel's video on mute until at the end of 2017. Sometimes I help with the captions on an SMG4 video that's recently been out, but because I did a terrible and cringe job at it, I stopped doing it. There really is no need to know much about me (besides my craziness for Kirby), I'm just another ordinary people here. Might update the description as time goes by.

My animation for the collaboration made it in the 3 Million Subs Special, just thought I could let you know. Honestly, why did they chose this mess instead of other great submissions they could've chosen? Eh, maybe I'll do a 'remake' of it when they hit 4 million subs. (Everyone did great though!)

Kirby facts about me:

My 'Tari Kirby' animation for the SMG4 3 Million Subs video. 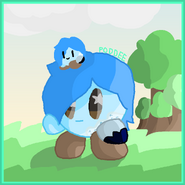 My artwork of Tari Kirby to celebrate them for reaching 3 Million Subscribers.

Met Luke and Kevin at Melbourne's OZ Comic Con. Had a good time there!
Add a photo to this gallery 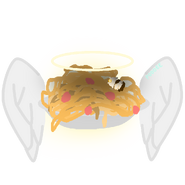 Requested by Are you spaghett1
Add a photo to this gallery
Retrieved from "https://supermarioglitchy4.fandom.com/wiki/User:Poddee?oldid=318393"
Community content is available under CC-BY-SA unless otherwise noted.