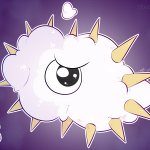 I contributed on here a lot in the past. With my interest in SMG4, so passed my edits on this wiki.

...I just don't like SMG4 anymore. The Anime Arc... just wtf was that? An insanely dark tone in a series like this? Two ice cold murders? Meggy's appearance and personality permanently overhauled into something trash for no reason? ...I don't even know anymore.

And it feels terrible to say. As someone who's been following SMG4 since the literal very beginning in 2011, it feels horrible to say this. Yep, that's right — I've been a loyal fan for almost the entire decade in which he's been active.

But now, after 10 years of commitment... I have turned my back. I have unsubscribed from the channel. It's just past its prime, y'know? The period from 2013 to the end of 2018 was SMG4's greatest period, if you ask me.

2019 was a year of major decline. The Anime Arc was the killing blow. It's just not SMG4. Instead, it's a brutal arc of massacre, murder, torture, war and permanent homicides. A style I myself don't necessary dislike, but that just plain doesn't fit in SMG4's light-hearted, wacky universe. And again, what was the point of overhauling Meggy for the worse? I know she was unpopular and I kinda got pissed at her overuse and overpowered nature at times, but Jesus Christ, completely screwing her up was not necessary.

So, yeah. This is it. I am leaving this wiki perhaps once and for all, and after a full decade in which the man himself brought so much fun to my childhood, parting from the SMG4 fanbase as a whole.

If SMG4 turns the tides again and fixes his mess (Step 1: Restore Meggy. Step 2: Nuke all the unrelated content on the channel, like the Plants vs. Zombies video. Step 3: Change the tone back. Step 4: Just be the old guy again), I might absolutely reconsider. But fot now, it's over.

[If anyone wants to get in touch, feel free to message me anytime, really. Here, or on my main wikis.]

Retrieved from "https://supermarioglitchy4.fandom.com/wiki/User:Withersoul_235?oldid=310152"
Community content is available under CC-BY-SA unless otherwise noted.