YouTube (youtube.com) is a video-sharing website that lets people create "channels" and upload videos for others to rate and discuss. Susan Wojcicki is the current CEO of YouTube.

SuperMarioGlitchy4, who publishes his videos on YouTube, has shown and referenced YouTube several times. For instance, Account Loss had somebody hacking into SMG4's YouTube account, SMG4 VS SMG3 involves SuperMarioGlitchy3 copying SMG4's videos, Breaking Walls consisted of Mario and SMG4 breaking out of their own video and messing with the latter's account. Later bloopers also cameo YouTube whenever the plot calls for a video. Such a blooper is The Idea Block, which revolved around SMG4's videos but only actually showed YouTube in an excerpt of a terrible video Bowser made.

In Mario's Spicy Day, SMG4 tore down SMG3's production studio. SMG3 got angry and retaliated by forming his own Anti-Cast to delete SMG4's YouTube channel and replace it with his own. This led to the many events of the YouTube Arc. He was eventually stopped by SMG4, his crew, and Susan Wojcicki. SMG3 then got banished to the Internet Graveyard. 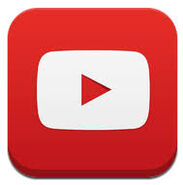 Add a photo to this gallery
Retrieved from "https://supermarioglitchy4.fandom.com/wiki/YouTube?oldid=368067"
Community content is available under CC-BY-SA unless otherwise noted.